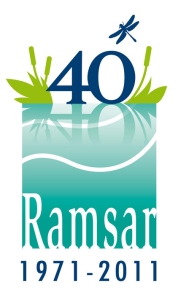 This week I want to celebrate World Wetlands Day: “2 February each year is World Wetlands Day. It marks the date of the adoption of the Convention on Wetlands on 2 February 1971, in the Iranian city of Ramsar on the shores of the Caspian Sea. Each year since 1997, government agencies, non-governmental organizations, and groups of citizens at all levels of the community have taken advantage of the opportunity to undertake actions aimed at raising public awareness of wetland values and benefits in general and the Ramsar Convention in particular.” Which I copied from here.

The Mediterranean coast of Spain is heavily developed and many areas covered by wetlands have been drained for farming, in the past, or for house developing, in the last decades. Nature strikes back trying to reclaim this lost land with heavy rainfalls and storms and, surprisingly, the greatest damages to the human population occur in former river catchment areas.

In Mojácar we have the Río Aguas (River Waters), which runs dry for most of the year but turns into a wild beast occasionally.

Where the river meets the sea, in the “desembocadura” we are privileged enough to have our own little wetland. Still surviving! This is the best birdwatching spot of the area. My list includes Savi’s Warbler, Great and Reed Warbler, Cettis, Zitting Cisticola, Sylvias, cuckoos, Wryneck, Chiffchaff and Willow Warblers, Kingfishers, Coot, Moorhen, Purple Gallinule, Squacco Heron, Cattle Egret, Buzzard, Marsh Harriers, Eagle Owl, Blue RockThrush, and many others. It is an important stop-over site for migrating birds like Curlews, Dunlins or Sanderlings. Flamingoes are seen occasionally and the seawatchng in the afternoons is great.

Río Aguas after the storm Sep 2009

Ducks are interesting all year round and the adjacent areas are important for steppe species-although I must admit that theses days Homo sapiens might be the most abundant species here.

I was glad to find some other blog entries about this little wetland like this. To read more about Wetlands in Almería go here (spanish).

All the charities working in conservation issues will be celebrating this day have a look in SEO/Birdlife or BTO.